Events over the last several years have reminded all of us of the potential peril that our children face each day at public schools (K-12) within the United States.  The problem is seemingly so predominant within our society that parents are now turning to alternative forms of education – all in the namesake of child safety.  This issue has even found its way to the center of public debate, such as popular TV shows like “Dr. Phil” (reference January 7, 2013 show).  Without question, the issue of child safety is paramount to our nation’s families, communities and government.

However, behind the scenes of this issue are some facts that can easily be overlooked.  To illustrate, let’s consider the Six Sigma perspective, where a “Sigma” is a measure of the goodness in something.  Simply stated, the higher the Sigma value, the better things are.  For purposes of reference, 4.0 Sigma is about average and 5 Sigma would be considered “world-class.”

Based on the total K-12 enrollment figures reported by the National Center for Educational Statistics and total number of public school shootings since 1980 (as reported by Slate), the computed Sigma value for child safety is about 6.57.  Comparatively, the airline flight fatality rate is about 6.20 Sigma, whereas airline baggage handling is about 3.95 Sigma.  This means that the next time you get on an airplane, you are about 1,800 times more likely to reach your destination when compared to your baggage.  Now, consider the fact that US national automobile fatality rate is 5.18 Sigma.  Interestingly, doctor prescriptions are about 4.0 Sigma while Hospital ICU care is only 3.5 Sigma.

Given these facts, it would certainly seem that our children are far safer in their classrooms than getting to and from school in a car, or even being treated at a hospital.  The point to all of this is simple.  While we must all be vigilant to the safety of our nation’s children, we must also judiciously consider the “goodness of safety” that is currently afforded to children within our nation’s public school system.  For example, in response to the wide media coverage around recent school shootings, many parents are reacting to the issue by withdrawing their children from school and considering alternative forms of education, like “home teaching.”  But is this type of action really appropriate or needed?

To answer this question, again consider that a child’s safety at school is 6.57 Sigma.  This means that the odds of your child being mortally harmed are about 1 out of 5,000,000; however, the odds of being lost to an automobile accident are about 1 in 8,600. Owing to these facts, your child is 586 times more likely of being killed in a car accident than while attending school.  Certainly, this magnitude of difference would suggest that the news media is far more focused on presenting the emotional case and practicing journalistic sensationalism rather than providing a balanced report that would otherwise limit the spread of panic.

Stay in the loop 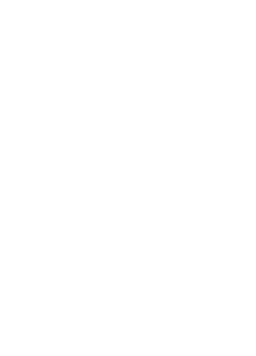